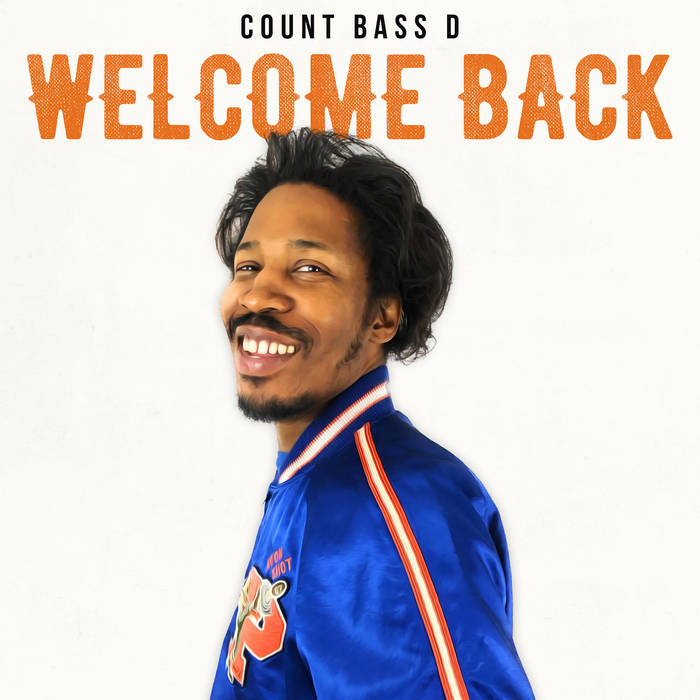 A chill, calm, mellow retro pop song from the hit television show Welcome Back Kotter (1976). John Sebastian took this song to number one and it is forever a classic. This take is a nod to the light at the end of this Coronavirus tunnel. It's a peaceful piano rendition aimed to help with the stress of these times. Count Bass D has delivered a version that will speak to all people.

Welcome back,
your dreams were your ticket out
Welcome back,
to the same old place that you laughed about
Well the names have all changed since you've hung around
But those dreams have remained and they've turned around
Who'd have thought they'd lead ya
Back here where we need ya

Count Bass began an extended and prolific release schedule in 2009 that includes his 2017 Snoop Dogg collaboration “Too Much Pressure,” praised by the New York Times for, “luscious, velvety, soothing, slow funk.”
After 25 years, Count Bass D is busier than ever, releasing the instrumental album Edibles in late 2019, the sequel Edibles 2 in early 2020, and his 10th vocal solo album CBD. ... more

Bandcamp Daily  your guide to the world of Bandcamp